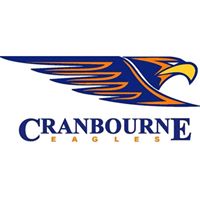 Cranbourne Football and Netball Club is one of the names synonymous with the South East Football Netball League. The distinctive yet simple strip is easily recalled, and they’ve produced many a talented footballer or netballer.

Yet for a period of time around the end of the final SEFNL season, the Eagles were unsure where they would be playing their football/netball in 2019. The Eagles’ applications to join the Mornington Peninsula Nepean Football League were left unaccepted, meaning they would be without a home, before they were welcomed by the AFL Outer East.

Despite it not being the smoothest transition into the 2019 season, president Gerry Kelly is adamant that Cranbourne are all in for the Outer East.

“We are absolutely committed to the new league and are really excited to be a part of it,”

“We want to be here for the long term.”

Having a club of Cranbourne’s calibre can only be a good thing for the league, with the Eagles more than capable of success over the coming years. When they get on roll, they make it count. The club won eight of its 13 premierships in a 10 year period (1985-95) only missing out on the flag in 1988 and 1994.

“We could win premierships without being the best team in the league, it didn’t matter where refinished on the ladder, we would always produce something in finals.”

Although they may not have had the same dominance since 1995, winning just two more premierships since, in 2011 (Casey-Cardina FL) and the 2016 SEFNL premiership, the Eagles have been consistent contenders, finishing the 2012, 2013, 2014 and 2015 as grand finalists.

Kelly says that a combination of factors has been the building blocks of Cranbourne’s recent consistency.

“That’s the framework to be successful.”

Cranbourne will continue to provide opportunities to their youngsters, with spearhead Marc Holt leaving the club for Karingal in the MPNFL due to travel reasons, leaving a role down forward available for those who want it.

Whilst the Eagles will miss Holt and others, Kelly is adamant this move to Outer East is for the best.

“We’ve always believed in divisional football and the Outer East provides us with that opportunity, if we lose a few players and end up on the bottom then down we go,” exclaimed Kelly.

On the netball side of things for the Eagles, Head Coach Donna Wilson is at the helm for another season.

Cranbourne almost pulled off a miracle run to the A Grade premiership last season, finishing fourth on the ladder, before knocking off Doveton, Narre Warren and Beaconsfield before being defeated by netball powerhouse Tooradin-Dalmore in the final.

“We’ve been building off of last season’s momentum and have had some really good numbers at our tryout sessions,” said Wilson who coaches the A Grade, B Grade and 17 and Under sides.

“We’ve retained about 85% of our list and will be continuing to be promoting from our junior ranks.”

The Eagles will still have a few VNL representatives on court this season, with Tara Cecil, a SEFNL Best and Fairest winner, one of them.

Wilson says that her group of players are excited about the opportunities that the new competition holds, and hope to learn a lot about the way the Yarra Ranges clubs play their netball and looks forward to competing in a strong league.

Cranbourne will have to wait face their first new opposition, as they take on Beaconsfield in Round One of the AFL Outer East Premier Division season.