Outgoing Wandin Football Coach Nick Rutley has signed off in the best way possible, delivering the club its eighth senior premiership, their second in four years, when his side defeated Woori Yallock by 37 points on Friday afternoon at Yarra Glen.

The 34 year old has had quite the past few years as a coach. As a 30 year old in 2014, he took on a role as the development coach of the Casey Demons, before moving into a similar role in 2015 at the Box Hill Hawks. He then found himself as the midfield coach at the Calder Cannons in 2016.

That apprenticeship set him up well for his biggest two years in the coaching game, starting in 2017 when he took over the Wandin job. The Bulldogs finished the 2017 regular season in fourth position before being eliminated by Healesville in the second week of the finals.

Rutley’s coaching rise continued as he landed the role as Carlton’ AFLW forward line coach. This saw him stand in for the ill Damien Keeping in rounds two and three of the 2018 season as the sides head coach. He oversaw a win over the GWS Giants and a loss to eventual grand finalists the Brisbane Lions.

All of this gave Rutley the extra experience to guide the Dogs to their premiership victory, coming from third on the table to put together an impressive finals series, winning their three matches by 24, 88 and 37 points respectively.

Rutley’s admiration for the Wandin Football and Netball Club’s culture and fanbase is something that drew him to the club, and although the supporters can occasionally but their nose into matters, they are something to be cherished.

“Prior to me arriving at the club I knew a lot of people who had played or coached at the club having grown up on the cusp of the Yarra Valley, they (Wandin) have always been a very proud club.”

“When you talk about culture and people, there is just a huge connection to the place and even though they keep you on your toes and aren’t short of an opinion, they are very giving and I’m just so proud of them at the moment.”

That Wandin culture was evident for all to see within the playing group at Yarra Glen on Friday when countless Dogs players rushed to the aid of their fallen teammates Clinton Johnson and Jarrod Rowe.

Both players ended up missing the entire second half of the game, despite a temptation for Rowe to play on after half time.

It was the coach who kept a level head during the main break, putting his players welfare ahead of club and personal success.

“Our medical people were really good they kept us in the loop the whole time, so at half time when we came in I knew that Johnson was gone, but there was a lot of if, buts and maybes about Rowey.”

“There will be a time when a team will roll the dice and something really bad is going to happen,”

“I just wasn’t going to have that, there is more to life than footy.”

Down two on the bench the Dogs were able to adapt seamlessly. The numerical disadvantage was unnoticeable for the reminder of the game.

Rutley palms off the plaudits for that ability to roll with the punches, heaping praise on his assistant and incoming coach Nick Adams.

“My assistant coaches are brilliant, they already had the rotations and the match ups done before I got a chance to look at the board.”

“We’ve got Nick coming into the role (of coach) and they (the players) love him and he loves them.”

As for Rutley himself, a young father of four, he needs to time to practice what he preaches – that there is more to life than footy.

“I’m still going to stay involved in footy, I’ll be coaching the leagues interleague team next year and hope to be in involved in the AFLW again this summer,”

“But it’ll be step back during the winter to give Brooke and the kids the time they deserve and get that work life balance right.”

That’s not to say his coaching days are over, he just needs a little hiatus before he pushes on once again.

“I just need to take a breath.” 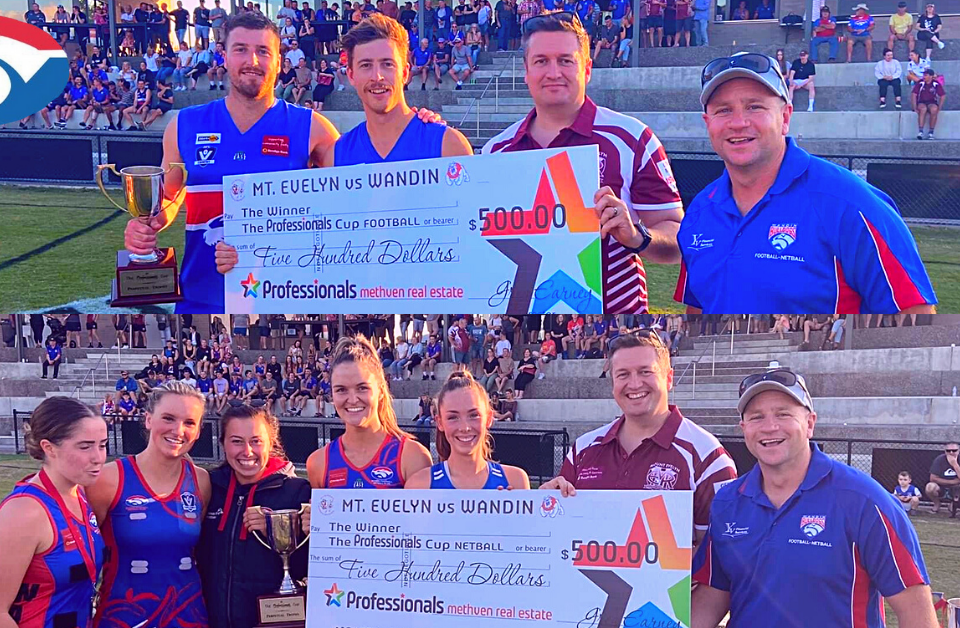