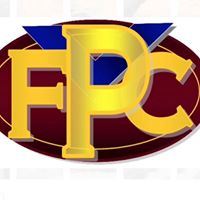 Our introduction to the incoming South East clubs continues, as we take the magnifying glass to the Pakenham crew.

One club who will no doubt enjoy the benefits of the divisional structure that the Outer East offers in 2019 are the Pakenham Football Club and the Pakenham Lions Netball Club.

Both clubs are in different stages of rebuilding, with the football club notching five wins in 2018 after a disappointing 2017 which saw them collect just two wins for the whole season, whilst the netball club is continuing its build towards the top after an extensive review in 2016.

Whilst Pakenham never featured in a finals series during their time in the SEFNL, they have 30 premierships to their name, having several periods of success since the were established in 1892.

Pakenham will be looking at improving their firepower up forward, with James Harrison and Adam Alberni leading their goal kicking last season with 18 and 13 goals respectively. The club has recruited well heading into 2019, with Nathan Hopwood, Joel Sarlo and Chase Blackwood signing on.

However the Lions have been in the new for the fact that they’ve received a $500,000 grant to upgrade their female facilities. With over 100 netballers and a female football side this upgrade couldn’t have come quick enough according to Netball President Margaret Jones.

“We would have to wait for the mens teams to vacate the rooms before we could go in and get changed due to the lack of female, or even uni-sex facilities,” said Jones highlighting the dire need for an upgrade.

The Lions were not just handed this grant though, with the process taking nigh on two years. The Lions were unhappy with their hosting facilities and set about investigating how they could receive funding.

“It was suggested that the football and netball club should apply for the grant together, to increase our chance of receiving the grant, because of the female football team as well,”

“It was a real team effort, which took multiple meetings and countless hours of work.”

The Lions will now not only have top quality changing facilities, but also better clubrooms and meeting rooms, in what is a testament to the efforts of the clubs volunteers.

“We’ve got one of the best volunteer groups going around, with amazing parents and a number of active life members who still run some of our programs on match-day.”

On the court, Karen Meredith is leading the upturn in the Lions performances. Heading into her third year at the helm, Meredith is excited about the numbers heading to their pre-season trials, with 80 plus in attendance.

Without prior knowledge the on-field showing in 2018 may have seemed disappointing, but it was the opposite for Meredith.

“I look at our small wins – last year we had D Grade collecting five wins, whilst A grade notched three victories and continuing to close our losing margin,” said the proud head coach.

The Lions lost 70% of their playing list in 2016, and after the aforementioned review at the end of that year they found that their younger players were not being taught basic skills well enough.

“There was a lack of basic skills in the juniors, so we put a big focus into educating and improving our coaches.”

They’ve done so with the appointment of VNL level coach Matt Cooke who will look after the B Grade side and one of their 17 and Under teams. The focus on junior development is key, as Pakenham’s distance from the city makes it hard to recruit big name players. However the increase in trialists suggest that the word is spreading about the Lions rebuild.

“We’ve never had the option of big recruits, due to how far away we are from the city and the fact we don’t pay players,”

“But it’s quite obvious that people are hearing about what we’re doing, because a lot of those pre-season numbers are from word of mouth.”

Pakenham will host Emerald in round one of the Outer East Division One season.